Temples are wide-ranging in each and every place of the Rishikesh city. The temples of rishikesh are highly revered. Rishikesh is full of countless small, big, new and very old temples, spread in the mean streets of the city.

Rishikesh is important not only as pilgrimage spot closely linked with the Ramayana, but also as home for numerous important places of Hindu religious thought and spirituality and as a very grat Yoga hub.

Some an ancient temples in Rishikesh that attracts people from both far and near due to its significance. Some of the important temples in Rishikesh are Nilkanth Mahadeo temple, Kunjapuri temple, parmarth niketan temple, bharat mandir, geeta bhawan, tera manzil temple, rishikund tank and raghunath temple, and triveni Ghat temple.

A brief List of Temples in Rishikesh is given below 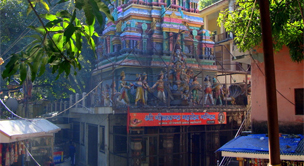 Nilkanth Mahadev Temple : Nilkanth mahadev temple is one of the very famed temples which is positioned at height of around 5500 ft. This temple is very popular in north India. As it is believed by the Hindu myths that it is the place where lord Shiva drank the 'wish' when the sea was being churned out for 'amrit' by the gods and the demons, and after drinking the throat of Lord Shiva became blue and that's why this place is named by Nilkanth mahadeo temple. 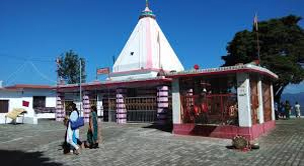 Kunjapuri Temple : Kunjapuri Temple is truly devoted to goddess durga which is the parvati next roop. Kunjapuri Temple is also consider by shaktipeeth. It is believed that lord Shiva approved all the way through this place on his manner go back to Kailash with the corpse of Sati whose dead body part cut down at the spot where the temple of Kunja Puri stands. 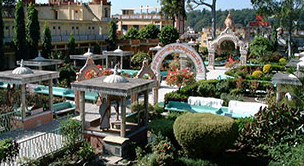 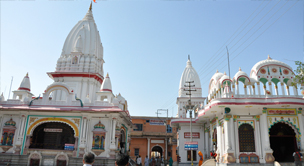 Bharat Mandir Rishikesh : Bharat Mandir is one of the very old temples among the all which is constructed by the Hindu famous saint Adiguru Shankracharya in 12th century. This temple is devoted to Bharat, the younger brother of Lord Ram; it is to be found in the old town next to Triveni Ghat. 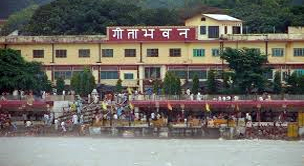 Geeta Bhawan Rishikesh : Geeta Bhawan is the one more olden temple among all the domestic temples in Rishikesh. It is the Temple in which the well-known Indian epic Mahabharata and Ramayana are explains on the walls. Here people assemble to read the Ramayana jointly. The Arti which is performing at Geeta Bhawan's Ghat on River Ganga is an amazing. 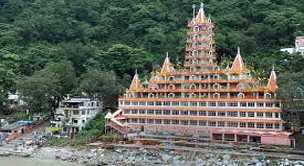 Tera Manzil Temple Rishikesh : It is a multistory temple which is extremely popular among the tourists. Tera Manzil Temple is devoted to idols of Hindu God and Goddess. Here visitors always capture a superb vision of the full area from the top of the temple, and in winter the scene of sundown from this place is an unforgettable view. 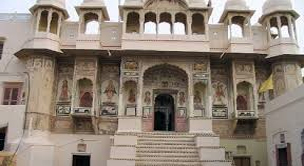 Rishikund tank and Raghunath Temple Rishikesh : Rishikesh is full of numerous small and big temples. In the banks of the Chandrabhaga River there is a team of temples. Char Dham, the famous four temples club starts off this place. The Rishikund tank and Raghunath temple near the tank also present quite beautiful scenic views. Lord Ram used the tank for bathing while he was in exile. The Bharat temple named after Bharat, one of the brothers of Lord Ram. 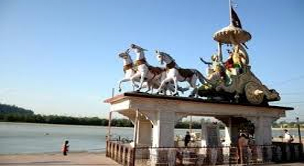 Triveni Ghat Rishikesh : Triveni Ghat is a bathing place at a distance about 1.5 km from Rishikesh. It is measured sacred for being the confluence of three mountain streams. Pilgrims from all over the worls come here to take a dip into the holy waters.