Temples are widespread in each and every place of the Haridwar city. The temples of Haridwar are highly revered. Haridwar has many small and big temples, spread in the mean streets of the city. Most of the Haridwar temples are dedicated either to Shiva or Vishnu.

It is known for housing many popular temples for Hindus. The town's name is an amalgamation of two words, Hari (meaning God) and Dwar (Gate).

Some an ancient temples in haridwar that attracts people from both far and near due to its significance. Some of the important temples in Haridwar are Mansa Devi Temple, Pawan Dham Temple, Parmeshwar Mahadev Temple, Chanda Devi and Lal Mata Temple.

Haridwar Uttaranchal, India is one of the four main Hindu pilgrimage destinations in India. Haridwar has got numerous temples and pilgrimage centers which make it one of the sacred place in India.

A brief List of Temples in Haridwar is given below 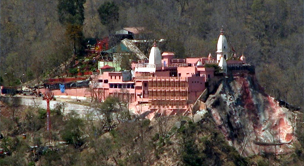 Mansa Devi Temple : Mansa Devi Temple is dedicated to goddess Mansa Devi. Goddess is also known as Maa Mansa Devi. It is believed that Mansa Devi was emerged from the mind of great Sage Kashyapa. Mansa means wish and the goddess fulfills the wishes so the Goddess is known as Mansa Devi. The temple is situated at bilva Parvat (Mountain). Rope way (Cable car) is also available here. The pilgrims can reach the temple by 03 ways. 1. By normal trek (1.5km one way) 2. By steps (480 steps approx) 3. By cable car (ropeway) (5 Minutes ride). 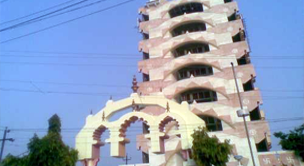 Bharat Mata Mandir : Bharat Mata Mandir is dedicated to India. Here India is imagined as a mother (Bharat mata). Bharat Mata Mandir or Mother India Temple is situated near Sapt Rishi Ashram around 04 kms far from Haridwar. The complex has 08 floors. Each floor has idols of various gods, goddesses, kings, leaders and revolutionists. It was inaugurated in 1983 by the late India Prime Minister Smt. Indira Gandhi. 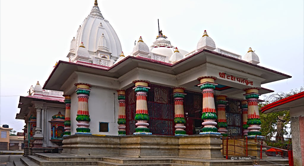 Daksheswara Mahadev Temple : Daksheswara Mahadev Temple is dedicated to lord Shiva (Mahadev). It is also known as Daksha temple or Daksha Mandir. King Daksha was father of Mata Sati (First wife of Lord Shiva). This temple is situated in town named Kankhal which is 04 kms far from Haridwar Railway Station. The temple is one of the most famous and ancient temples in Haridwar. Millions of pilgrims come here at Maha Shivaratri festival. 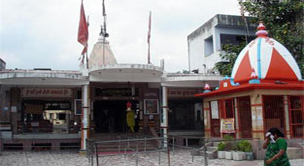 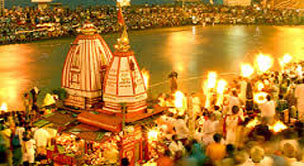 Har ki Pauri : Hari ki Pauri is one of the most sacred bathing ghat in India. Har Ki Pauri is 02 kms far from the Haridwar Railway Station. Har means God and Pauri means foot prints. Har Ki Pauri means footprints of God. It is believed that Lord Vishnu came here in ancient time and also there is a stone where his footprints are still there on the stone wall. Har Ki Pauri is also main place for holy bath during the Kumbh Mela. Hindu people believe that if you take a holy dip (bath) here river Ganges will wash all you sins. Everyday there is ceremony called Ganga Aarti is organized here. Ceremony is dedicated to River Ganga which is constantly providing life in the form of her water to people. Ganga Aarti is widely visited by thousands of people everyday (Mostly in evening). 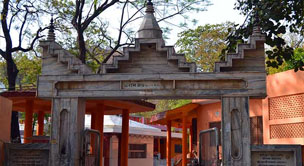 Bilkeshwar Temple : Bilkeshwar Mahadev Temple is a religious-places and is to be found at Haridwar, Uttarakhand. Bilkeshwar Mahade Temple is yet one more place which is dedicated to Lord Shiva. As the story told by the board placed outside the temple, Parvati appeased Lord Shiva under the Bilva tree, therefore the name of the temple. The God, pleased with the prayers of Parvati, blessed her and agreed to take her as his wife. The very old temple is very popular among the local crowd. The place is quite remote, and you will have to go uphill to visit the shrine. 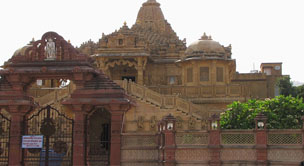 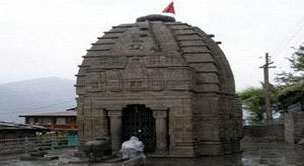 Gauri Shankar Temple : Gaurishankar Mahadev temple is one more religious place in Haridwar. Positioned near to the Chandi Devi temple, this temple is recognized to represent Lord Shiva. Gaurishankar Temple is a part of the various religious festivities held throughout the year. Any religious individual offering prayers with all his devotion gets his wishes fulfilled in this temple. 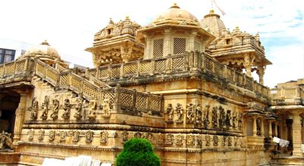 Jain Temple : Haridwar is a city of temples. Jain temple is one of them and the temple is beautifully carved and sculptured making it one of the beautiful Haridwar temples. 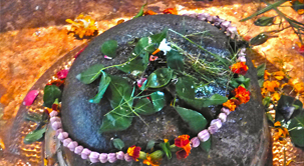 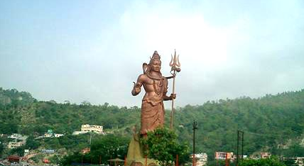 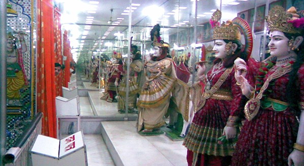 Pawan Dham : Pawan Dham temple lies in the aesthetically adorned attractive idols and the glass work designed on the temple walls, which makes it a famous sightseer spot. Pawan Dham is distanced at 2 kilometer from the main town of Haridwar and about 3 km from Har-ki-Pauri. 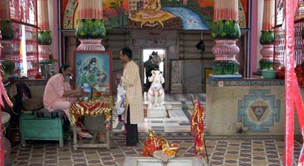 Sati Kund : Sati Kund is actually the site of the Yagna Kund, the sacrificial fire. According to Hindu traditions, it is the tank where Sati (Lord Shiva's wife) put herself to fire. Sati burnt herself in the wake of the insulting demeanor of hes father Daksha Prajapati towards Lord Shiva. This yagna kund is today famously known as Sati Kund. 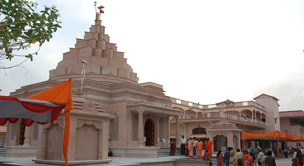 Shri Yantra Temple : Shree Yantra Temple is one of the most revered Shakti Upasna Kendra. The temple is visited by large number of people every day. Big worshippers are held throughout Navratras in Chaitra (April) and Ashwin (October) months. The Pathotsava of maa Tripur Sundri is held in the month of April. The temple is situated just 300m from the Daksh Mandir, an ancient temple dedicated to Bhagwan Shankar.

Sureshwari Temple : Sureshwari Devi Temple is positioned on the lap of Shivalik range, Haridwar is supposed as the door-way to the 4 pilgrimages in the Uttrakhand State. Stopover this holy place that will cleanse your body, mind and the spirit. Use up some time on the Ghats in Haridwar that obtain a special attraction in the twilight with countless diyas hovering in the waters of Ganges.