Haridwar is a sacred territory where pilgrims come from across the world. It is among the most revered pilgrimage centers of India which occupies a prized position in hearts of Hindus. The meaning of Haridwar is "Gateway to God". It is set amidst calm and attractive surroundings at the foothills of the mesmerizing Himalayas. It is believed in the Hindu traditions that one must visit Haridwar at least once in a lifetime. It is a magnificent place where the holy river Ganga enters the Indo-Gangetic plain of North India. The scenic beauty of Haridwar is equally mesmerizing. The views of the holy river Ganga and majestic mountains are the sights to behold.

Best Places to visit in Haridwar 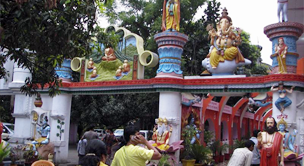 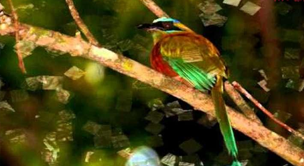 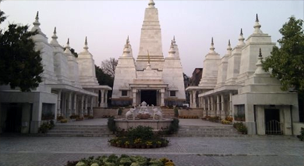 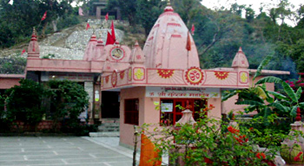 Sureshwari Devi Temple : This temple belongs to deity Sureshwari. The temple located in middle of Rajaji National Park. Peaceful and spiritual atmosphere makes this shrine more beautiful for devotees. Permission is necessory from forest rangers to visit this temple. 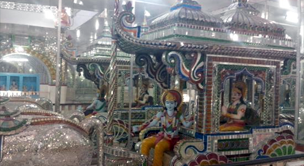 Pawan Dham : Pawan dham is a modern temple made by using glass pieces. The temple was constructed by the attempts of "Swami Vedantanand Ji Maharaj." The temple is one of the popular tourist attractions. 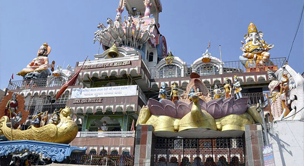 Bharat Mata Mandir : This temple belongs to Mother India. It was inaugurated by Indira Gandhi on 15 May 1983 near river Ganges. The temple has eight stories (180 feet/55 m). Every floor depicts an period in the Indian history, from the time of Ramayan until India's freedom. 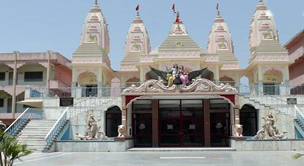 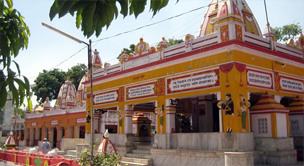 Sapt Rishi Ashram and Sapt Sarovar : This is place where 07 great sages (Saptarishis) have meditated. The river Ganga divide herself in 07 currents at this place so sages would not be disturbed by the flow.These seven sages are Kashyapa, Vashisht, Atri, Vishwamitra, Jamadagni, Bharadwaja and Gautam. 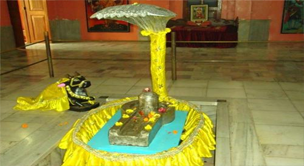 Parad Shivling : This Mercury Shivling is located in Harihar Ashram in Kankhal. The waigth of shivling is about 150 kg. There is also "Rudraksha tree" nearby. 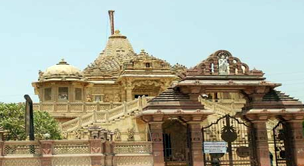 Ramanand Ashram : Ramanand ashram is located near the railway station. This ashram belongs to Ramanand Sampraday. Mahant Bhagwan Das is the chief of this ashram. 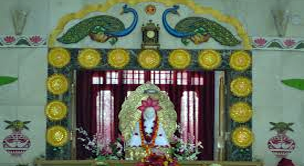 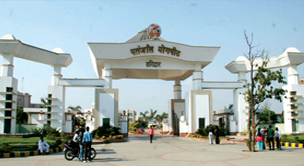 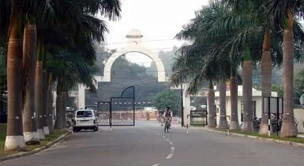 B.H.E.L. : Bharat Heavy Electricals Limited, is a factory spreaded in an area of 12km2 with employees over 8000. 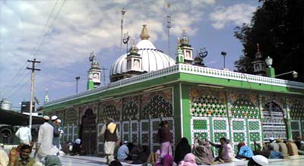 Piran Kaliyar : It was built by Ibrahim Lodhi. This 'Dargah' belongs to "Hazrat Alauddin Sabir Kaliyari". He was a Sufi Saint of Chishti Order in Kaliyar village(13th century). Dargah is 7 kms far from Roorkee town. This Dargah is example of spiritual harmony in India. During the yearly 'Urs' festival it is visited by devotees from all over the world.

Que1 :- What is special about Haridwar that attracts tourists to itself ?

Ans: Haridwar itself means the door of Narayana, there is a lot of reverence for Haridwar in the minds of travelers, it is a great place in Hindu religion, it is said that every person must visit Haridwar once in life.

Que 2:- What is the main attraction of travelers in Haridwar?

Ans: Maa Ganga and Harki Pauri are the main centers of attraction of travelers in Haridwar.

Que 3 :- Which such place in Haridwar has become a center of attraction in Haridwar?

Que 5:- How is Haridwar Ashram part of the attraction of Haridwar?

Ans: Some of the major and famous ashrams of Haridwar like Sapta Rishi Ashram Kanwa Ashram and Pilot Baba Ashram, etc. With the design and cleanliness of the ashram, which gives shelter to the pilgrims peaceful, the ashram of Haridwar is only part of the attraction of Haridwar.

Other Attraction in Uttarakhand you can Visit: